Prior to joining Game Face, Stephen recruited for Kforce Professional Staffing, one of the nation’s leading staffing firms. He identified and placed technology consultants throughout the New York/New Jersey Metropolitan Area with Fortune 100 companies.

Passionate about helping people break into the sports industry, while in college Stephen founded the Sport Business Education Network (www.sben.org), a free networking resource specifically for the sport industry. He still operates the site to this day.

In addition, Stephen’s prior experience includes time with the North American Society for Sport Management (NASSM), the Pittsburgh Pirates, the Arena Football League, GameDay Consulting, WFAN 660, the YMCA, several years as a top-producing sales representative, and a stint as an award-winning college radio personality.

Rob has been invited into more front offices than any person in sports. Favored with a substantial network of clients in leagues, industry associations, and athletic departments, Rob’s experience seeing best – and worst – practices in the sports field is second to none. Rob and his company have advised and trained more than 30,000 sports executives since launching Game Face in 1995, and have been the driving force behind the placement of 500 individuals into full-time sports jobs around the industry. Game Face’s Executive Academy became a training and placement model which many private and public institutions have tried to emulate.

A frequent speaker at international sports seminars and conferences, Rob has been a favorite presenter for meetings of various leagues and industry associations. He also takes advantage of opportunities to speak on college campuses, such as Purdue, University of Texas, Arizona State, the University of Oregon, University of Utah and Ohio University, sharing his perspective with future industry executives. His views have been shared on radio shows and quoted in The Wall Street Journal, Washington Post, Los Angeles Times, ESPN.com, Street and Smith’s SportsBusiness Journal, and more.

A graduate of Brigham Young University, Rob sits on several boards, including:

In 2010, Rob ran for US Congress in Oregon’s First District, losing in the general election to the six-term incumbent.

Rob is a very active person who goes hunting a lot. Also, Rob is a proud and active father in the lives of his three sons, ages 21, 17, and 14. He and Allison, his wife of 24 years, spend time with various community and non-profit causes, including youth sports where Rob has coached more than 20 teams.

Game Face’s extensive network of sports teams and franchises around the globe means we’re uniquely positioned to match those who are looking to move up with those filling key positions. Whether you’re top or mid-management level, working with Game Face means you’re connecting with an insider who not only sees every position on the field, but the other players competing against you.

Looking to break into sports? Tired of applying to hundreds of jobs online with zero response? Sick of being told you don’t have enough experience or the right skills for the job? Do you wonder how you are supposed to gain those skills if no one will hire you?

Interested in pursuing a career in sports through sales, sales management, and/or customer service?

The Sports Jobs Playbook is just what you need. For a FAQ, click here. 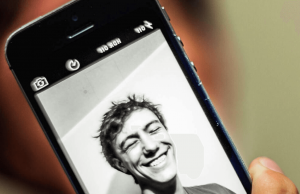 Since 1995, Game Face has served as a trusted ally to hundreds of sports organizations, at all levels, around the world. We are recognized as the original and leading provider of sales and service training in the sports industry. Teams routinely invest thousands of dollars to invite us on-site to consult with and develop the skills of their employees. Thousands of sports professionals, ranging from entry-level sales executives to power brokers in the industry, improve their careers as a result of our guidance and training content every day.

We’ve designed the The Sports Jobs Playbook to combine the strengths of both our Training and Search Divisions in order to provide you the tools and insider knowledge necessary to break into sports and the skills to succeed once you’ve landed a position.

What do I get as a member?

First, let’s cover what The Sports Jobs Playbook is not. The Playbook is not a required training class or course of instruction, nor does membership satisfy requirements for any type of licensing, certification, accreditation or education credentials. We are not certified teachers and we will not supervise or monitor your work or application of the proven techniques and insider knowledge shared throughout the Playbook.

What we will do instead is share with you skill development tools to assist you in reaching your goal of breaking into sports.

As an “Insider” member, you will receive 24/7/365 access to over 15 hours of Game Face sales and service training content delivered through streaming video. This is part of the same sales and service training delivered to over 400 front offices and 25,000 sports executives over the last 15 years. Members will have access to the resources necessary to develop the very skills the industry is begging for from entry-level hires. Diligent review and practice of the information we share will help you learn to speak the same language that hiring authorities speak. During interviews, you’ll be prepared and sound like an insider. More than anything else, teams want to hire people who understand the business and can hit the ground running. With practice and the right information, you’ll have the opportunity to do just that!

What’s in the video?

Here’s a taste of what to expect:

Studying these videos, taking meticulous notes you can review often, engaging in the exercises described in the videos, and finding ways to apply the principles and techniques in real life situations will assist you in developing the same sales, service, and marketing skills the sports industry wants and needs. Because members receive the same content that teams provide their own staff, those who have an understanding of Game Face concepts, strategies, and principles have the skills sports hiring managers’ value when they are looking to add to their teams.

Skill One: Building Trust
The power of relationships to get ahead in sports
How 15 seconds may make or break your success

Skill Three: The Presentation
Communicating your message effectively to fans and clients

Skill Four: Overcoming Obstacles to your Career
Keys to becoming an industry problem-solver

Skill Five: Opening the Doors of Success
Understanding the secret to progress and prosperity

Skill Six: True Partnerships
The Law of Reciprocity and other tips on how to enhance connections with long-term partners

Game Face is proud of our unprecedented 10-year track record of assisting successful candidates in their hiring by hundreds of sports organizations worldwide. We are especially pleased to see that our sports career training benefits not only candidates with diverse backgrounds, but also sports teams and organizations at all levels.

The following represents a demographic breakdown of those who have participated in sport career conferences featuring the Game Face training:

Where participants come from–
Where attendees are landing full-time jobs–
Where will YOU go?–

Where participants come from–Participants attend conferences from all regions of the country and have a variety of educational backgrounds and work experience. They all have a passion for the business of sports and arrive eager and committed to building a long term career.

Where participants are landing full-time jobs–There is not one “perfect” job for all candidates. What is important to one person is immaterial to another.  And what is a “dream job” for one would not be a great fit for another. What is critical is finding a role where you can develop skills that will propel your career, and finding an organization that recognizes your value and potential.

The following demonstrates the diversity of full-time (non-internship) positions in which participants have been hired:

The following organizations have employed candidates after they’ve attended a sport career conference. The list includes entry-level hirings as well as organizations candidates have worked for as their careers have progressed to their second and third jobs in the industry:

Where will YOU go?

I’m interested in learning more. What do I do next?

Oregonian
A $40 million gamble: Portland and the MLS

Since its launch in 1995, Game Face, the first sales training company in sports, has grown into the undisputed leader in developing better prepared, highly professional sport executives through its original sales training programs, activities in search and recruitment, and its ground-breaking Sports Career Training Camp for job seekers.

Founded by Robert Cornilles and supported by a talented team of seasoned experts, Game Face has transformed the way organizations go about finding, recruiting, and bettering sales and service personnel. Like an athlete groomed by a coach, professionals who experience Game Face services witness a marked improvement in organizational productivity and individual success and marketability.